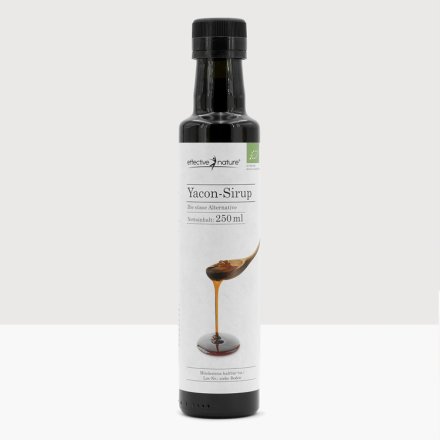 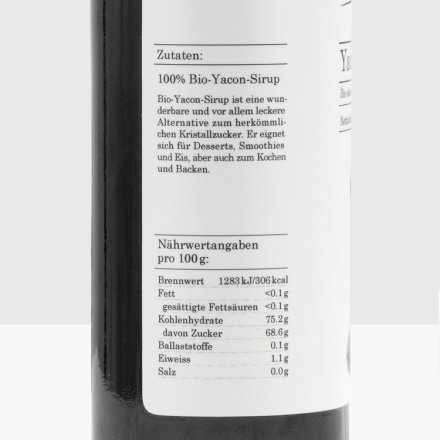 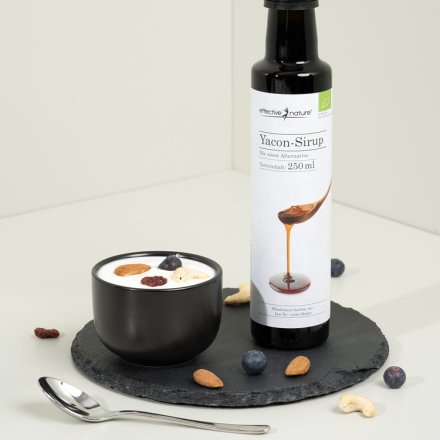 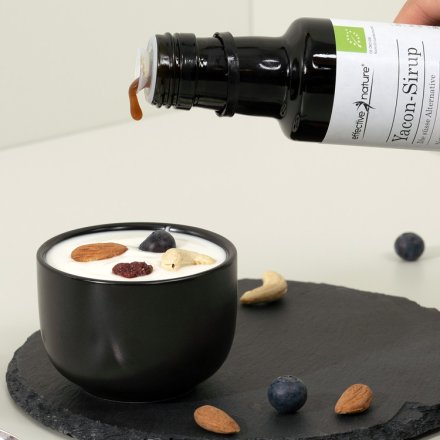 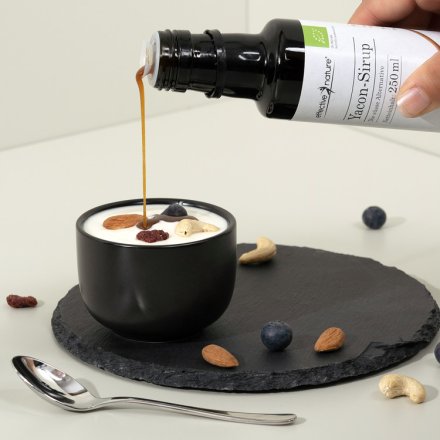 Organic yacon syrup from effective nature is the liquid, deep dark, sweet promise of indulgence without regret. Yacon root provides a natural sweetness and has long been a valued staple in South America. Yacon is often eaten raw as a tonic, but its concentrated syrup form is much more suitable for overseas transport. The yacon syrup without additives from effective nature is the ideal low-calorie alternative (with low glycemic index) to conventional sweeteners such as granulated sugar and therefore the solution for all who want to rely on a healthy sweetness and ideal sugar alternative with that certain nutrient-rich extra. The syrup from the "Inca root" tastes sweet and is similar in taste to honey, coconut blossom sugar, caramel, or prunes. Plus: The particularly low-calorie content! Per 100 ml yacon syrup results in a calorific value of 306 kilocalories, while with normal household sugar per 100 g with 400 kilocalories must be expected.

From the root to the yacon syrup 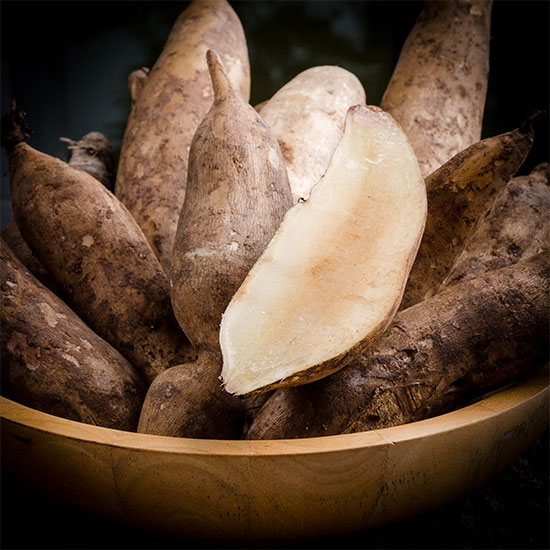 Like the sweet potato, the yacon root grows underground. Not only that, but visually the two tubers are easy to mistake for twins! In order to enjoy the sweetness of the Peruvian root tuber concentrated as a syrup, it must be carefully extracted. Because the yacon root consists of 90% water (yacon means water root in Quechua), inulin and fructooligosaccharides (prebiotics). Yacon syrup from effective nature is obtained only from selected Peruvian roots, which are then carefully cleaned, peeled and crushed. Before juicing, the root pieces are briefly scalded with hot water to inactivate the enzymes responsible for breaking down the prebiotic substances. The fresh yacon juice is finally thickened into syrup by evaporating part of the water it contains, thus reducing the water content.

Yacon syrup for the sweet kitchen

Use a few teaspoons of the prebiotic, low-calorie yacon syrup to sweeten desserts, cereals, ice cream, smoothies, fruit salad, tea, or the like, depending on your desired taste. Just like honey, yacon syrup can be used to sweeten tea or as a sweet filling for crepes and topping for pancakes. 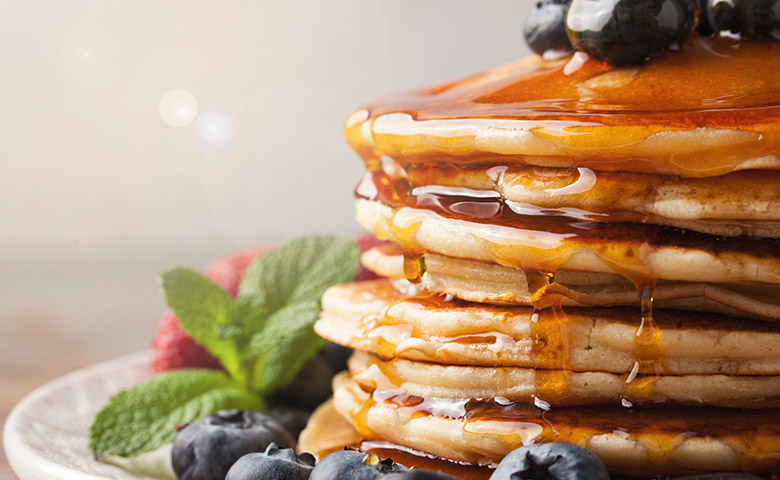 Versatile - to enhance desserts, ice cream, and smoothies, but also perfect for cooking and baking.

Do not store above room temperature!