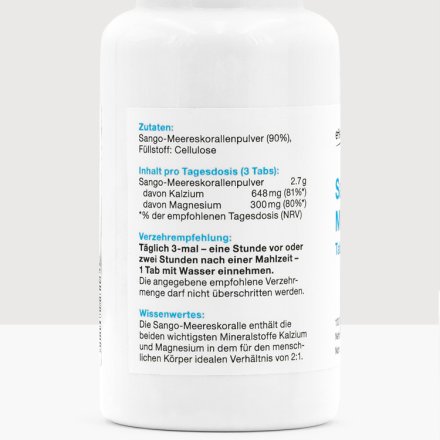 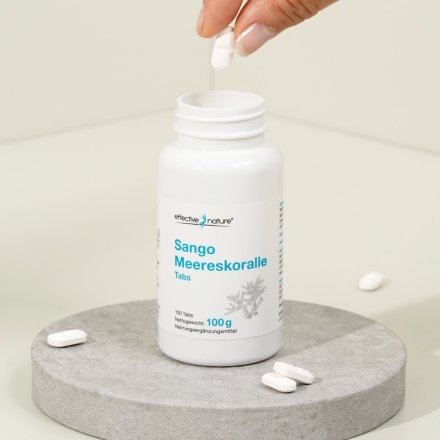 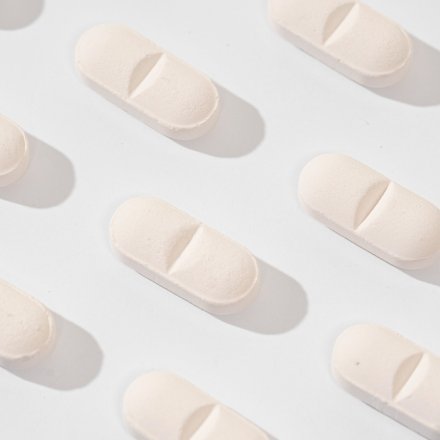 Sango tabs: calcium and magnesium in an optimal ratio - directly from nature

The Sango sea coral tabs from effective nature provide over seventy different minerals and trace elements in a sensible composition with high bioavailability. The Sango coral also makes a very valuable contribution to the supply of calcium and magnesium. Magnesium contributes to the normal functioning of the nervous system and muscle function as well as to the balance of electrolytes. Calcium contributes to normal energy metabolism, normal muscle function, and the maintenance of normal bones and teeth. Calcium also contributes to the normal function of digestive enzymes. The practical tablets are suitable for quick and easy taking on the go. 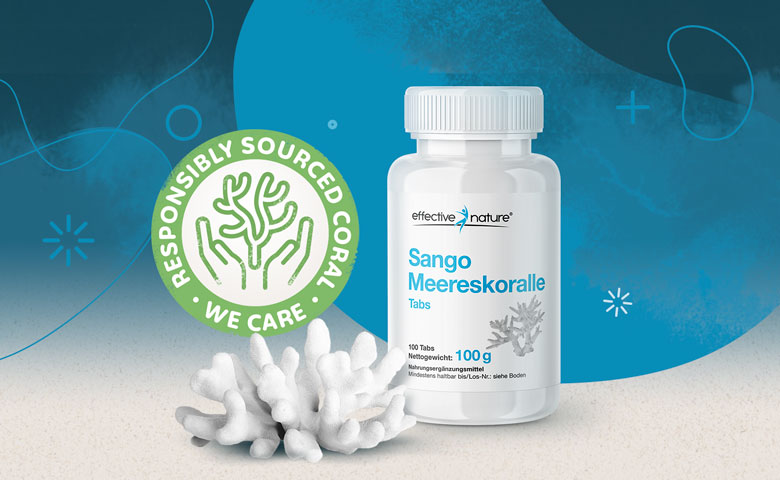 Sango: a success story from Japan!

The Sango coral originates from Japan, but over the years it has also become famous in Europe. On the Japanese island, around which the Sango coral grows, an amazing effect can be observed. The people reach a much higher age than the average population. This can also be attributed to the intake of drinking water that flows through the Sango coral and absorbs valuable ingredients. When scientists analyzed the Sango coral, their unique composition was discovered. As a result, the mining and commercial distribution of the Sango coral all over the world was initiated. Preparations, capsules and powder from Sango are now more popular than ever - understandable! 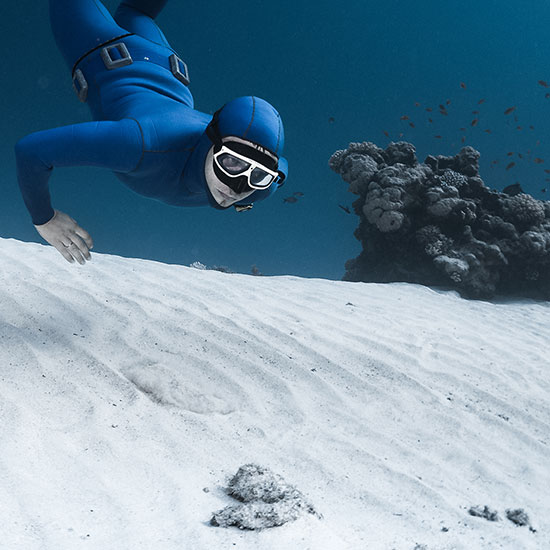 >> Does the harvest of the Sango coral damage the coral reef?

For the production of Sango supplements, only coral fragments are collected that have naturally detached from the coral banks and have already sunk to the sea floor. Thus, nature is not harmed and coral reefs are not damaged.

Minerals from the Sango coral 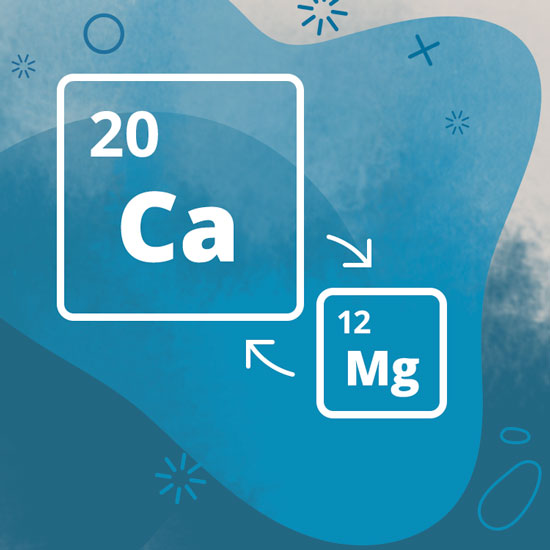 The Sango coral is characterized by a very high content of minerals. Calcium and magnesium stand out above all, which are also present in an ideal ratio for the human organism. Advantages compared to other calcium preparations is also that the substances in the Sango coral have a high bioavailability. The body can metabolise this natural source of minerals much better. The coral, which also contains many different trace elements, is often recommended as part of an alkaline cure, or generally as part of an alkaline excess diet. Magnesium contributes to the balance of the electrolytes and calcium to the normal function of the digestive enzymes.

The Sango tablets are a pure natural product. To ensure that the tablets retain their shape, they contain a very small amount of cellulose. Cellulose is a completely harmless natural substance. The Sango tablet is therefore equal in quality to the powder from the Sango coral. However, the special tab form has two advantages over the powder: They can be taken at any time while on the go, which is a practical relief for working people. The tablet shape is also suitable for longer journeys. In addition, some of the minerals contained are already absorbed by the oral mucosa during thorough chewing. The more thoroughly one chews, the more micronutrients can be absorbed by the mucous membrane and released into the blood. Thus, the minerals and trace elements can show their effects much faster.

You take one tablet with water 3 times a day, one hour before or two hours after a meal - ideal for when you are on the road! Do not exceed the indicated recommended intake.

Magnesium preparations can have a laxative effect.

Following this link you will find the chemical analysis of our Sango coral.

For better tracking, our products are given internal batches. In this table you can see which internal batch (that you see on your product) corresponds to the raw material batches tested. Under this link you will find the applied test procedure under point 1.6.15