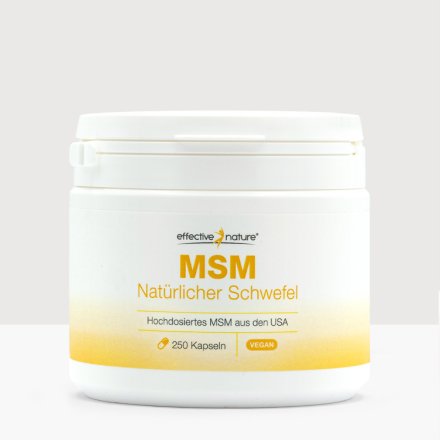 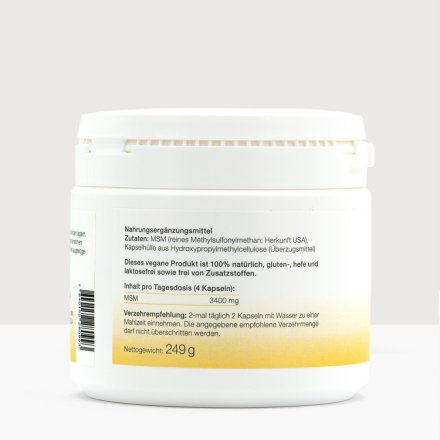 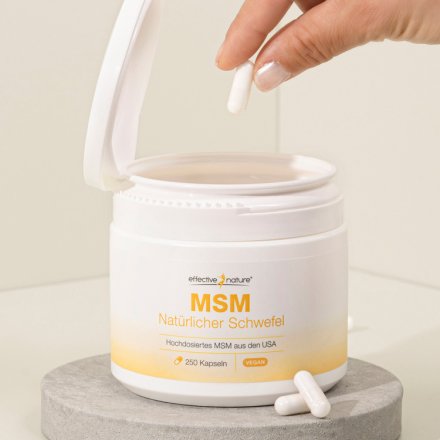 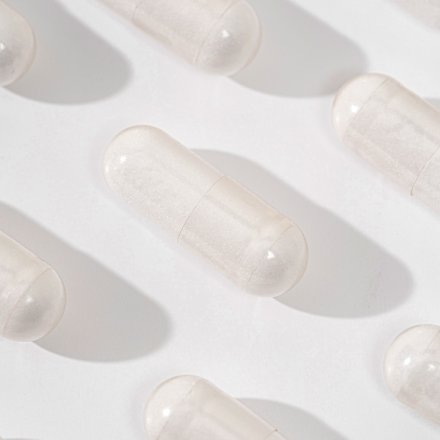 MSM - this is the highest quality form of methylsulfonylmethane, the supplier of the vital element sulfur. MSM is a sulfur-containing compound found in milk, for example. Other sulfur compounds, such as sulfur-containing amino acids, are also found in our foods. But MSM has a decisive advantage: In addition to sulfur, MSM also provides so-called methyl groups. Per molecule of MSM, the body can use no less than two methyl groups for numerous biochemical processes. Methyl groups are needed, for example, to switch DNA sections on and off. 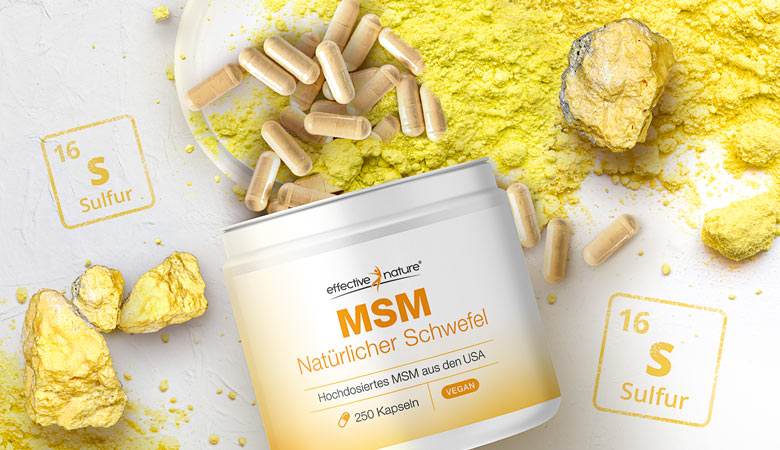 There are hardly any processes or functions in which sulfur is not involved. For example, sulfur is involved in the formation of hormones, enzymes and also a large number of proteins in the form of the sulfur-containing amino acid cysteine. The amino acid cysteine is also contained in keratin, which is important for the formation of skin, hair and nails.

There are several types of sulfur products on the market. Often these can be purchased suspiciously cheap and come from questionable sources. MSM is produced in the USA under the purest conditions and is used in the highest quality in the capsules from effective nature. MSM offers a natural way to supply the body with organic sulfur. It is not only the supply of the respective substance that matters, but also the quality of the product. Above all, it is important that the product is free of harmful substances and that the formulas are as additive-free as possible. In MSM from effective nature, everyone who wants to do something good for their body with sulfur and methyl groups receives the high-quality solution for this project. MSM meets only the highest standards and comes - unlike many similar products - from the USA. 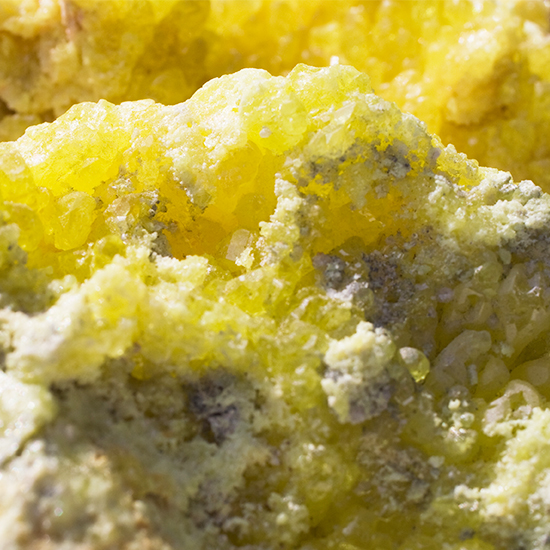 MSM capsules from effective nature contain organic sulfur in the highest quality form. MSM is a small molecule with great importance for the body and it is very easily absorbed by it. MSM is the form in which sulfur naturally occurs in all living organisms and is biologically active. It also contains methyl groups. The capsules come without flavors, colors and preservatives. Methylsulfonylmethane, or MSM, is an organic sulfur compound that can provide the human body with valuable sulfur and important methyl groups. Among other things, methyl groups ensure that substances are made soluble and can be excreted through the urine. But they are also responsible for the activation or deactivation of DNA segments. Sulfur is an element that occurs naturally in the human body and in a large number of other organisms. It is an absolutely vital element. The body contains five times more sulfur than magnesium and forty times more sulfur than iron. This comparison alone makes the importance of sulfur obvious.

MSM consists of thirty-four percent sulfur, the fourth most abundant mineral in the human body. Thus, in this form, it serves as an ideal food source of bioavailable sulfur while providing the methyl groups that are so valuable. One takes one to two capsules twice daily with a little water at mealtimes.

Take 2 capsules 2 times daily with water with a meal.

The raw material MSM is an extremely high-quality raw material, which, unlike most MSM products, which are often of Chinese origin and of questionable quality, comes from the USA. The production, i.e. encapsulation or tableting, takes place in Europe and therefore meets the highest quality standards.