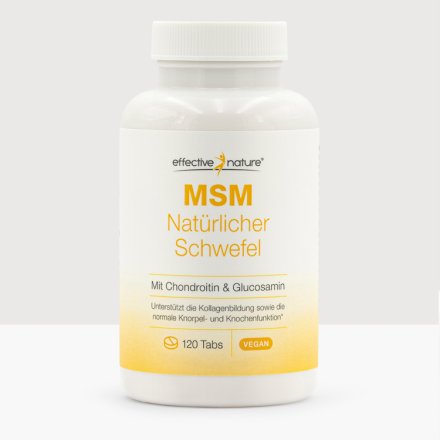 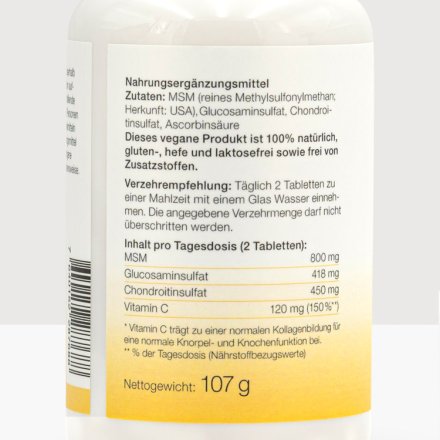 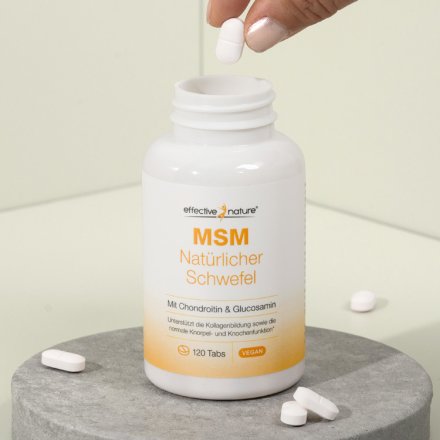 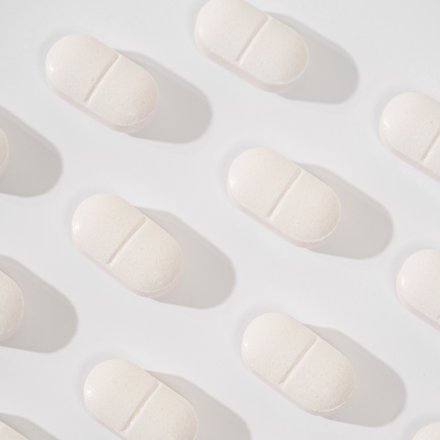 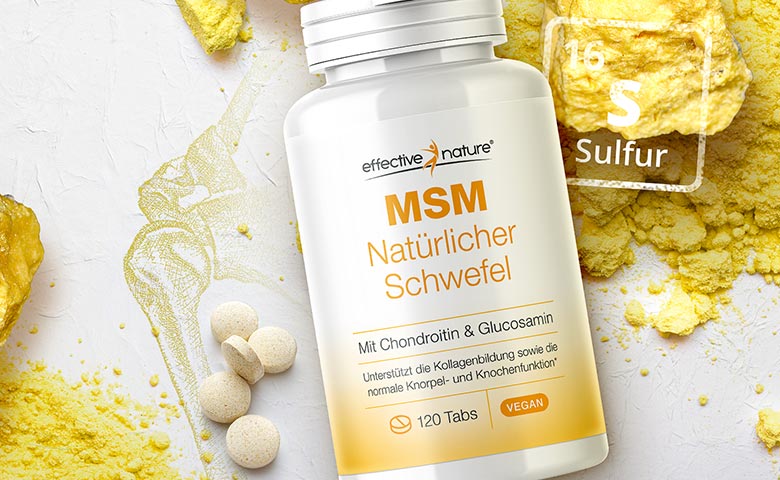 MSM is the so-called methylsulfonylmethane, which acts as a supplier for the element sulfur. The form of MSM used here is a particularly high-quality MSM from the USA. The decisive advantage of these tablets over other sulfur compounds is that, in addition to sulfur, they also supply so-called methyl groups, which play a role in switching DNA segments on and off, for example. In addition, these tabs from effective nature contain the amino sugar glucosamine and the substance chondroitin, which is also produced by the body itself in certain quantities. Both substances are, among other things, a component of human articular cartilage as well as cartilage fluid, which is important for smooth movement. Vitamin C, which is contained in large quantities in these tablets, makes the new MSM with chondroitin & glucosamine, finally, because of its great importance for the function of the musculoskeletal system to a thoroughly synergistic product that is far more than the sum of its parts.

What you can use MSM with glucosamine and chondroitin for

MSM with chondroitin & glucosamine is a new product among the MSM articles from effective nature, whose ingredients, as mentioned, have a very special synergy. With a daily dose of just two tablets you cover 150% of your vitamin C requirements. Vitamin C has - among many other known roles it plays in the human body - among other things, the task of contributing to normal collagen formation, which is beneficial to the normal function of bones, cartilage and skin. Part of the joint apparatus is the so-called synovial fluid, which requires glucosamine to be formed. Furthermore, this amino sugar is an important component of connective tissue (which is largely formed from the above-mentioned collagen) and cartilage tissue.

Why these tabs are special

MSM, the highest quality form of methylsulfonylmethane, is produced by an American company from purely natural raw materials that are guaranteed to be free of harmful substances. Strictest control standards are set during processing. The MSM products from effective nature are therefore superior to any conventional preparation containing MSM.

Take two tablets with a glass of water with a meal every day. Do not exceed the stated amount of consumption.

Take two tablets with a glass of water once a day with a meal.

Not suitable for pregnant and nursing women, children, adolescents, and persons with anticoagulant medication.