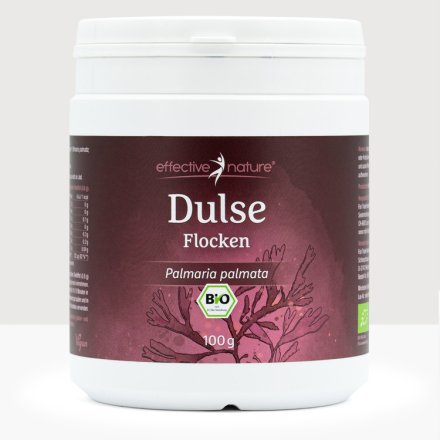 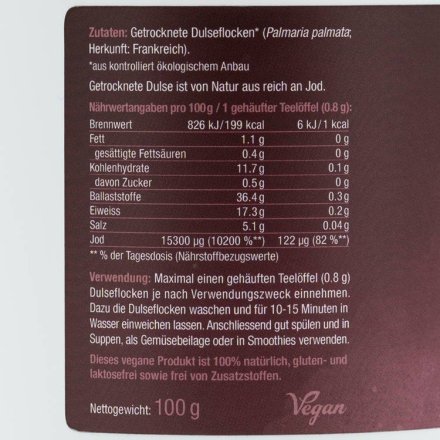 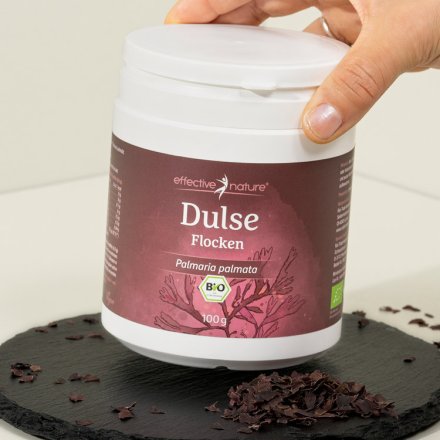 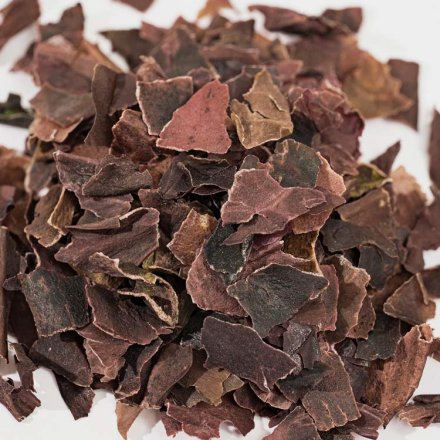 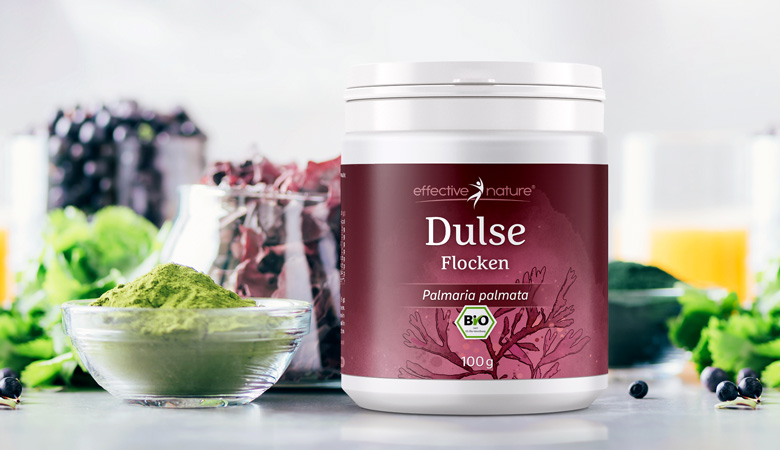 Dulse flakes are becoming increasingly popular, for example, the nori, wakame or alaria known from the Far East. But do you also know dulse? This red algae, better known in German-speaking countries as Lappentang (Palmaria palmata), is a popular marine delicacy, especially in the coastal countries of Western and Northern Europe, and is gaining more and more fans in this country as well. Is it because of its hearty, unique taste that has earned it the nickname "bacon algae"? Because of its great culinary versatility, which has also convinced superfood experts such as Anthony William? Or to its high, natural content of the trace element iodine? Probably all these reasons are true! The best thing is for you to make up your own mind about this valuable, extremely tasty alga, which is now available in convenient flakes from effective nature - in the best organic quality, of course!

Whether as that certain something in a green smoothie, as a crunchy, juicy salad or vegetable garnish, or as an important ingredient in Anthony William's Heavy Metal Detox Drink (see below): Dulse cuts a fine figure everywhere - and also supplies large quantities of the valuable mineral iodine (per serving you already cover 80% of your daily requirement). The organic algae from effective nature originates from France (known there as "Dulce"), where it traditionally ends up on the plate and now increasingly in the shaker. Discover the many benefits of red algae now - and live "La Dulse Vita"! 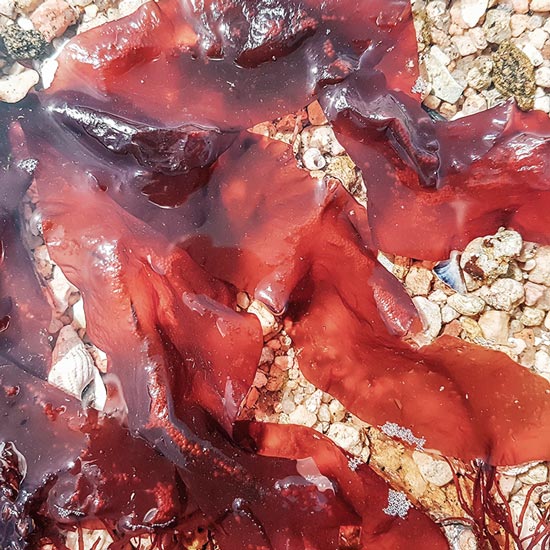 Palmaria palmata - the lobster kelp
The dulse belongs to the species of red algae and can grow up to half a meter. It is mainly found in the Atlantic Ocean and is therefore very popular in France, Ireland, and Iceland. 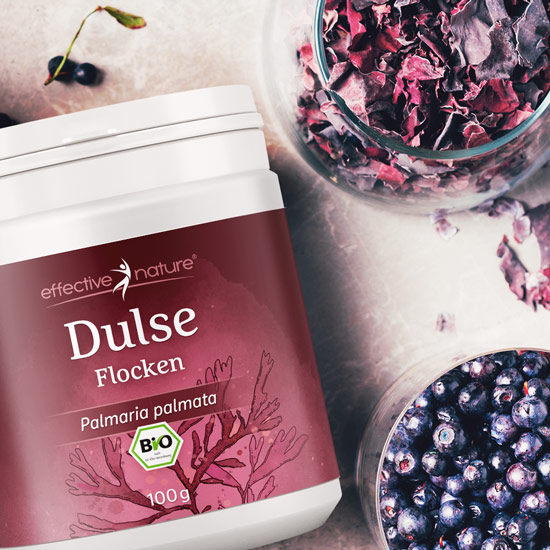 A versatile treat from the sea

For example, spice up your green smoothie with the crunchy, iodine-rich dulse flakes. But dulse is also recommended as a vegetable or salad garnish! 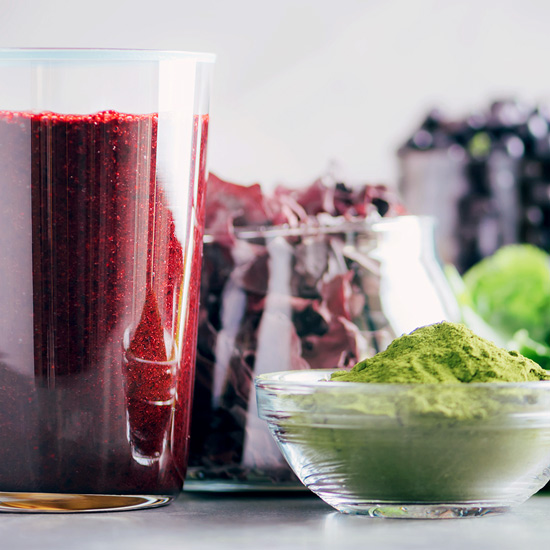 Nutritional power for smoothies, soups, and salads
Use a heaping teaspoon (about 0.8 g) of the dulse flakes according to preference. Before use, wash the flakes with clear water and soak for 10-15 min.

A professional tip from A. William: The Heavy-Metal-Detox-Drink

A trendy power drink from superfood pope Anthony William is the Heavy Metal Detox Drink, in which the dulse flakes from effective nature can unfold their full power. You need wild blueberries (250 g), a teaspoon of barley grass juice powder, one to two tablespoons of our Dulse flakes, a teaspoon of powder from the popular microalgae spirulina, and about 40 g of fresh coriander. Ready is a great smoothie for the perfect start to the day!

Use one heaped teaspoon (approx. 0.8 g) of the dulse flakes depending on the purpose. Rinse well with clean water beforehand and soak for 10 to 15 minutes. The dulse flakes can of course also be enjoyed on the side as a snack.

Dried dulse is naturally rich in iodine. May contain traces of fish, mollusks or crustaceans.