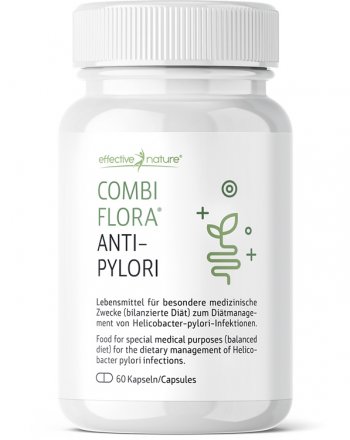 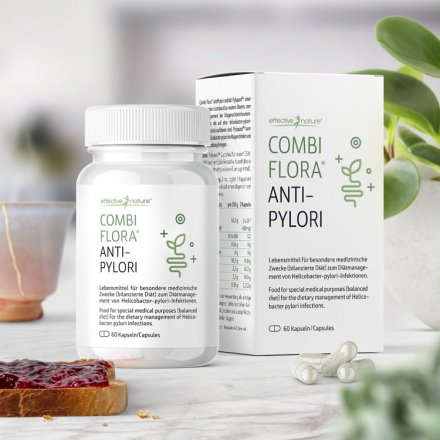 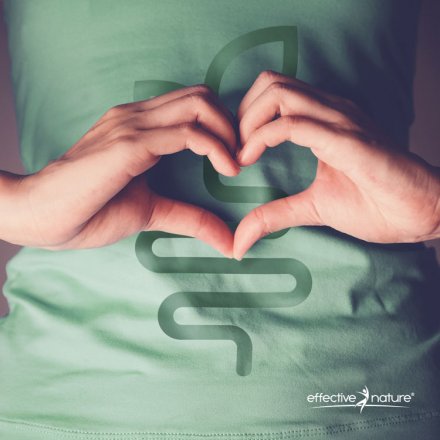 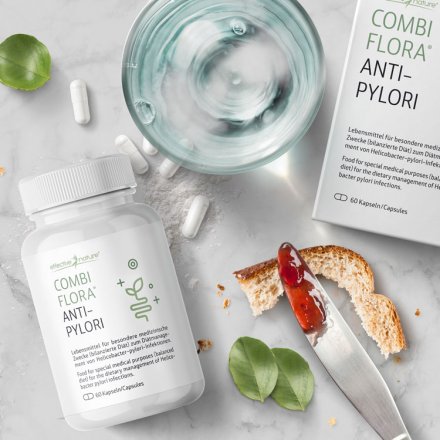 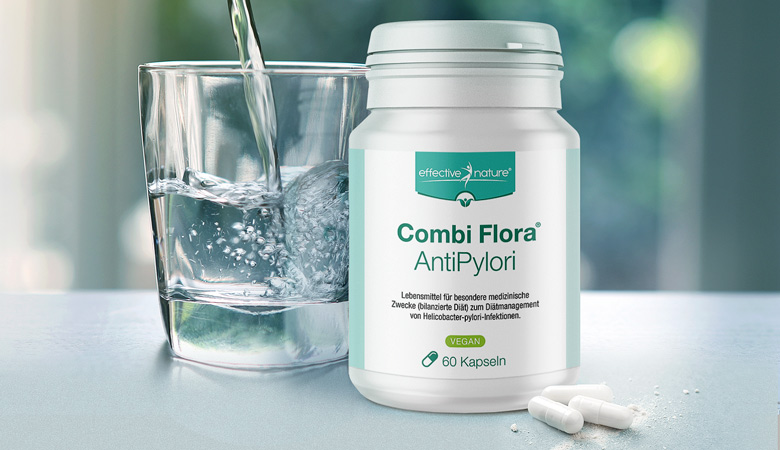 Infections with the stomach bacterium Helicobacter pylori can lead to various digestive problems and other symptoms in the digestive tract. The new Combi Flora Antipylori from effective nature is suitable in such cases, but also for preventive, effective use. The contained probiotic Pylopass™ strain Lactobacillus reuteri DSM17648 binds the pathogen and supports its elimination from the body.

The Pylopass™ bacterial strain has been shown to bind the widespread Helicobacter pylori in the gastrointestinal tract and help it to be eliminated. By taking these Combi-Flora capsules, it is possible to counteract an infection with the stomach bacterium by using an alternative to antibiotics, after prior consultation with a doctor. Combi Flora Antipylori from effective nature can also be taken prophylactically - if the bacterium is not present, there are no negative effects.

Half of humanity is infected with the stomach bacterium H. pylori, making it the second most common bacterial infection worldwide after caries. In Germany alone, the number of people affected is estimated at 33 million. In infancy, H. pylori affects as many as 75 % of the world's population. Infection with this bacterium does not have to, but can contribute to a wide range of different symptoms, most of which directly affect the digestive tract - for example chronic heartburn, reflux, frequent belching, inflammation of the stomach lining and stomach pain, as well as loss of appetite or a permanent feeling of fullness. The pathogen was first discovered in the early 1980s, but at that time it went largely unnoticed and initially had no direct consequences. However, years later, in 2005, the two scientists Barry Marshall and John Robin Warren were awarded the Nobel Prize for Medicine for their groundbreaking discovery. At that time, thanks to further research, the scientific community had long since recognised that H. pylori was at least partly responsible for many stomach diseases - for example, a certain form of gastritis (inflammation of the mucous membranes of the stomach), namely type B gastritis, as well as the majority of all stomach ulcers. Interestingly, it has not yet been clarified how exactly transmission or infection with the pathogen occurs. Conventional medical therapy against the stomach pathogen has so far only involved the use of antibiotics, which unfortunately often cause a whole range of side effects. 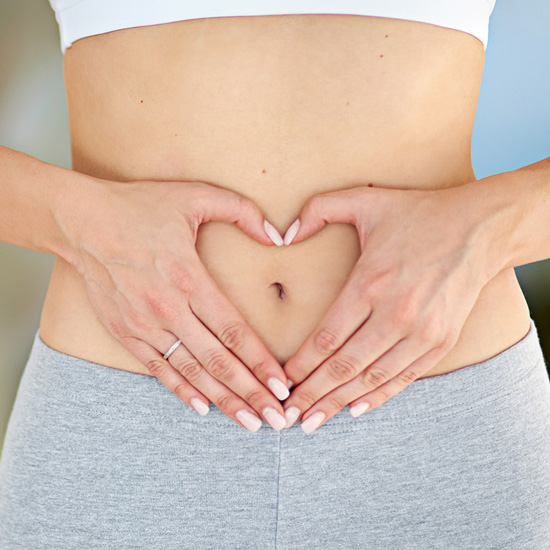 These Combi-Flora capsules containing Lactobacillus reuteri are used for direct treatment of an infection with the stomach bacterium Helicobacter pylori, which is present in about half the world's population. The pathogen is considered to be the most common cause of stomach ulcers and also causes a range of symptoms that can often reach excruciating proportions. For example, infection with H. pylori can lead to gastro-intestinal problems such as frequent heartburn, excessive and constant bloating, acid reflux, loss of appetite and the like. Combi Flora Antipylori binds Helicobacter pylori and supports its elimination.

The specific binding bacterium of the Helicobacter pylori pathogen contained in Combi Flora Antipylori by effective nature is the patented Lacbacillus strain Pylopass™-Lactobacillus-reuteri DSM17648, which is present here in an inactivated form, giving it the unique ability to fight H. pylori by binding and excretion. Where H. pylori prefers to settle, in the stomach, the two bacteria bind together - so one could say that one bacterium is "fought" with another bacterium. Pylopass™ was discovered during the evaluation of about 8000 different strains of bacteria and was selected for its unique mechanisms of action in H. pylori infections. Pylopass™ recognises the surface receptors of Helicobacter pylori and docks to them. This allows the bound bacteria to be excreted via the digestive tract. Important in this context: Combi Flora Antipylori from effective nature has no negative effects on the composition of the intestinal flora - the contained Pylopass™ strain binds exclusively to Helicobacter pylori.

Take one capsule twice a day with a glass of water on an empty stomach (before meals) for a month.

Take one capsule 2 times a day with water