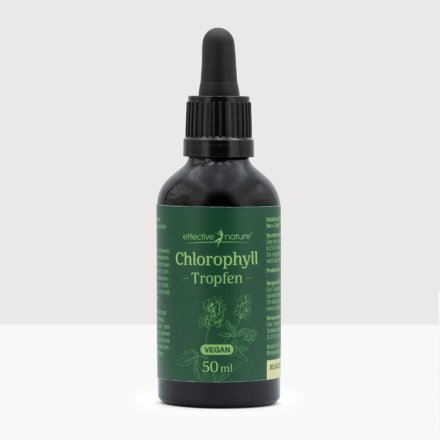 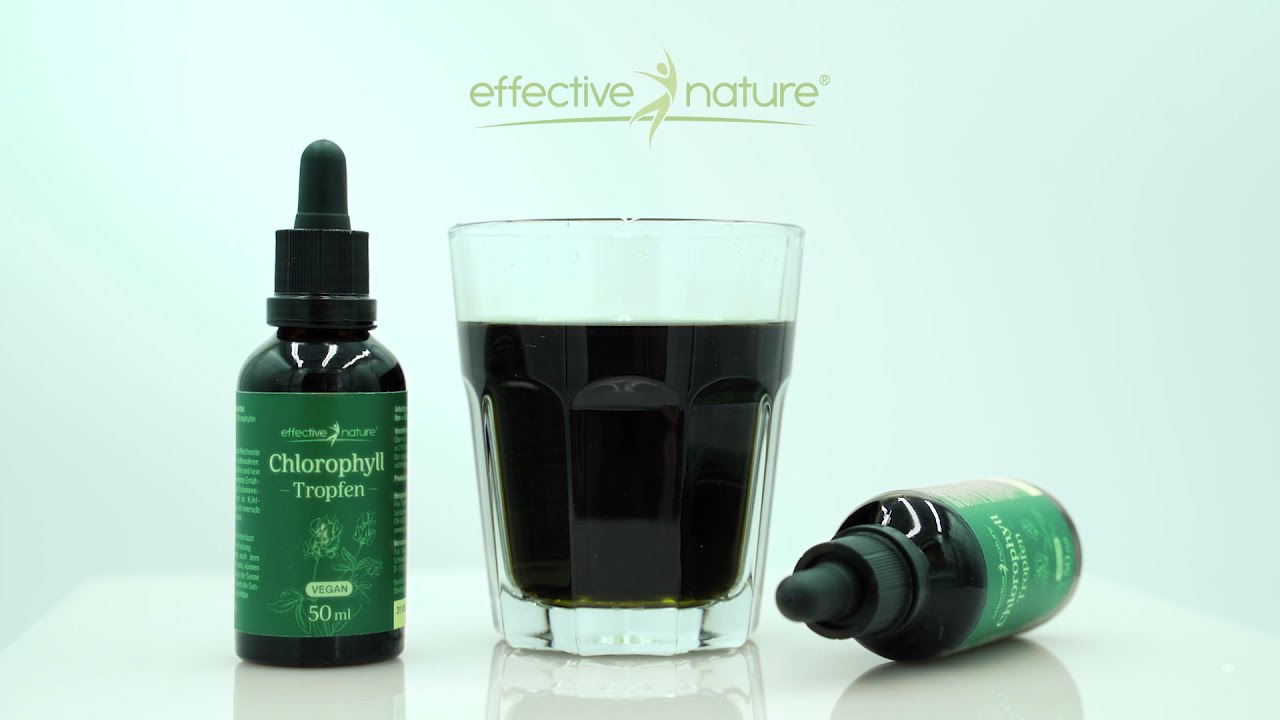 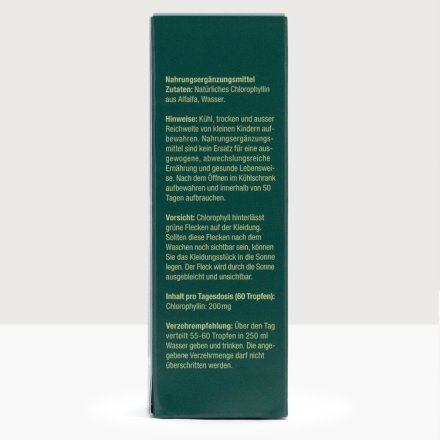 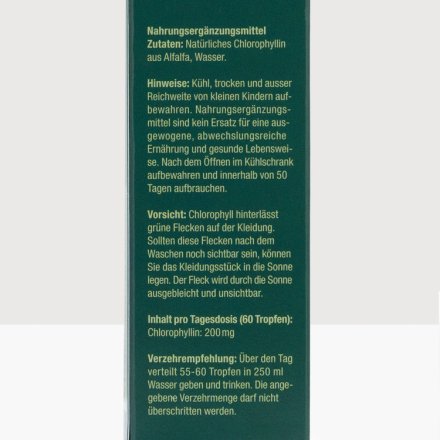 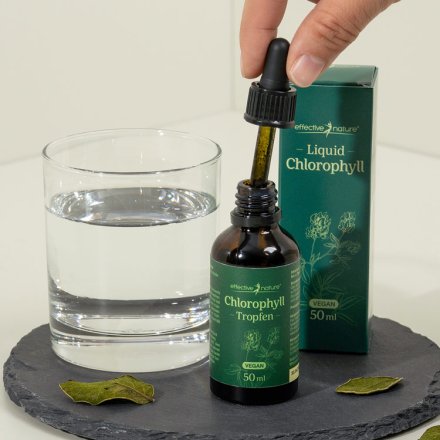 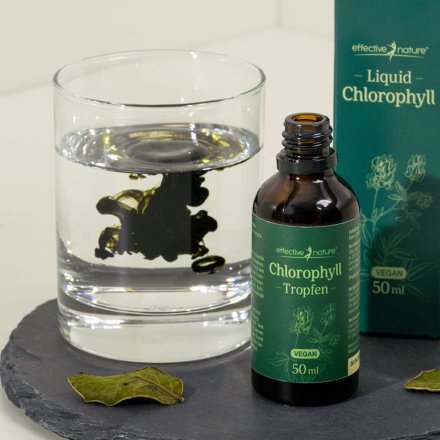 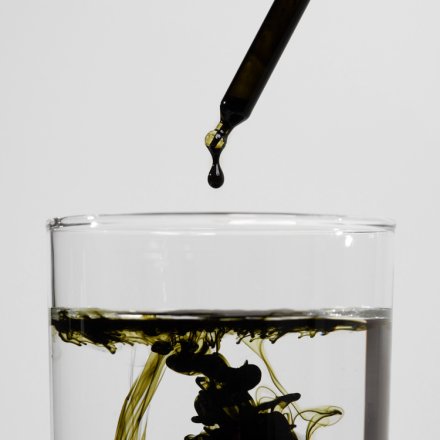 What makes our chlorophyll drops special

The chlorophyll drops from effective nature are characterized by their special naturalness, because only two ingredients end up in the drops: Water and natural chlorophyll. You will not find any aromas, colorants or preservatives in the product. The chlorophyllin used comes from the alfalfa plant, whose Arabic name can be translated with good reason as "father of all foods". The name chlorophyllin may sound synthetic, but it is not. Rather, it is a plant extract of completely natural origin. As long as chlorophyll is bound in leaves or grasses, it keeps its name. Only after the extraction of the substance is chlorophyll called chlorophyllin. Natural chlorophyllin binds a magnesium ion, while many manufacturers replace this magnesium with copper - this produces a synthetic chlorophyllin, also known as copper complex, which is somewhat more stable. However, in chlorophyll drops from effective nature you will only find natural chlorophyllin. Thanks to a unique manufacturing process, the product still has a long shelf life - and all this without any preservatives.

For a long time rather unknown as a dietary supplement, liquid chlorophyll is gaining more and more popularity. As a result, you will find numerous products on the market that are difficult to survey. Here you can find out why chlorophyll drops from effective nature are particularly high quality.

Chlorophyll is a dye from nature with extremely fascinating properties. It is what gives the leaves of trees their green color and also gives kale or spinach its classic color. Only chlorophyll enables plants to carry out photosynthesis and thus produce oxygen and filter pollutants from the air.

Externally, chlorophyll is very similar to one of our body structures: hemoglobin. Hemoglobin gives blood its red color and also enables the blood cells to transport oxygen and nutrients. If we look at chlorophyll and hemoglobin, only one difference is noticeable: While hemoglobin binds iron as the central ion, chlorophyll contains magnesium at this point. As early as 500 B.C. people in southwestern Asia recognized the potential of alfalfa. In time, the plant also spread to Europe. From the 18th century onwards, Frankish monks cultivated the alfalfa in Germany.

It reaches growth heights of up to 1 meter and its root system reaches deep layers of soil. Because its roots extend over 4.5 meters, droughts usually cannot harm the alfalfa.

In the past it was mainly fed to animals, but now the plant is increasingly on our menu, and with good reason: it contains many vitamins and minerals.

I can only say it s an amazing product and the price is more than perfect!

During the day, add 55-60 drops to 250 ml of water and drink. Do not exceed the indicated consumption quantity.

Once opened, store the bottle in the refrigerator and consume the drops within 50 days.