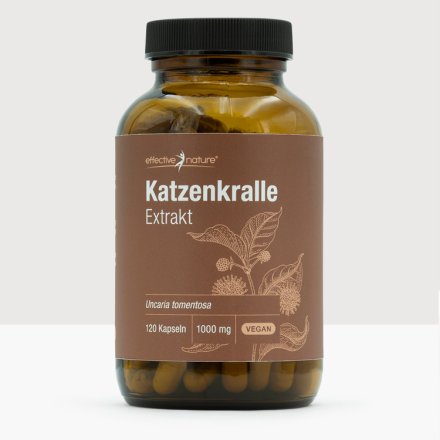 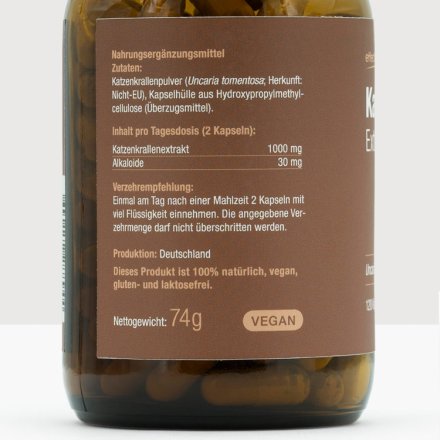 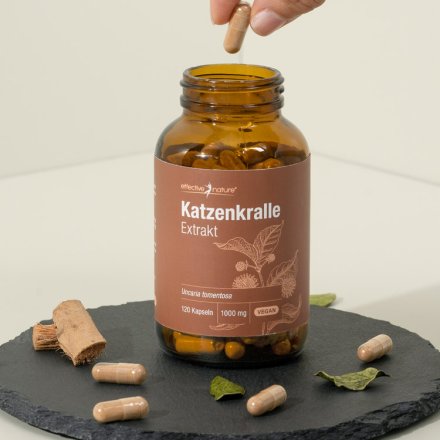 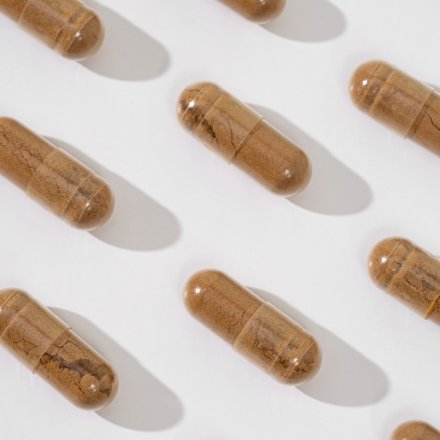 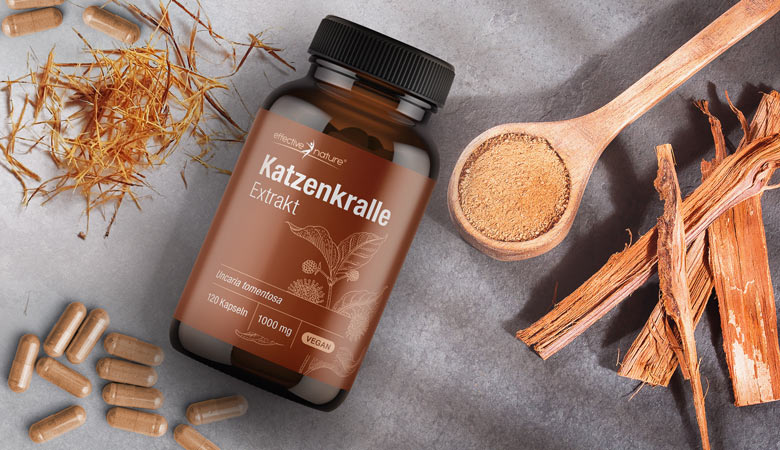 The cat's claw (Uncaria tomentosa), which owes its name to its claw-like growth, is mostly known by its English and Spanish names "Cat's claw" and "Una de gato". The plant, which grows up to half a meter, comes from South America, where it is found mainly in the tropical rainforests of Peru, Brazil, Venezuela, and Bolivia. Traditionally used in its native regions for centuries, it is also gaining more and more fans and the attention of science in our country. 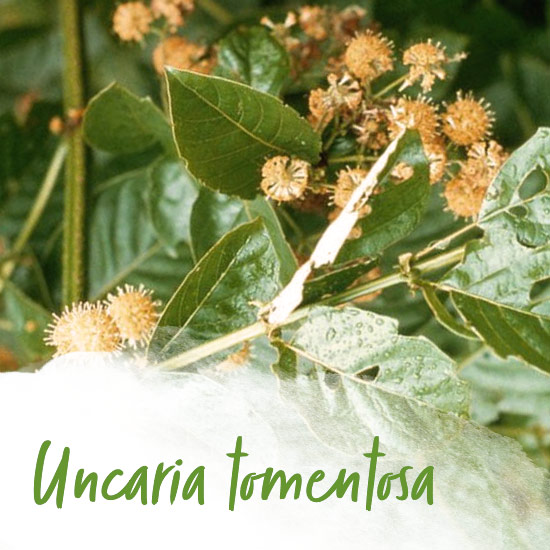 Extract in high dosage
The cat's claw capsules from effective nature provide the extract of the plant with 1000 mg in high dosage. 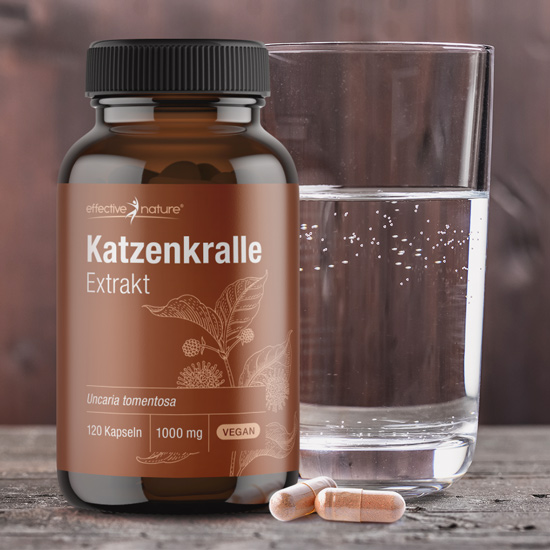 Easy to take
The recommended intake of cat's claw capsules is 2 capsules per day; always take with sufficient liquid.

Recommended use for cat's claw

Take 2 capsules daily after a meal with plenty of liquid. Do not exceed the recommended dosage.

Take 2 capsules daily after a meal with plenty of liquid.